The Detour Through the Central Valley

We were just down there a few days ago 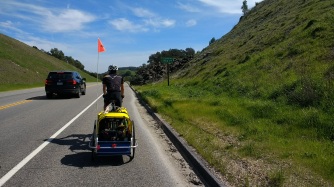 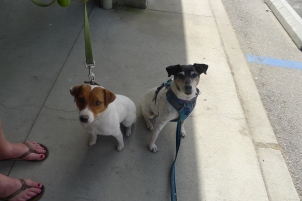 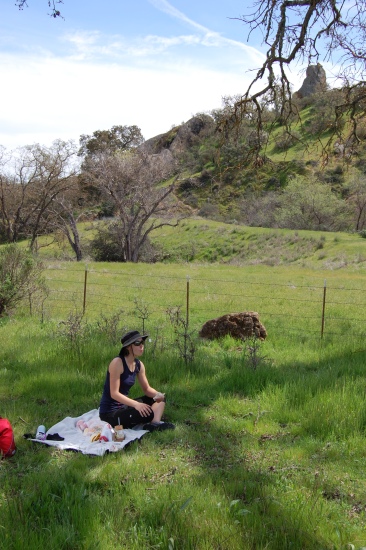 Mysterious and eerie car on the side of the road 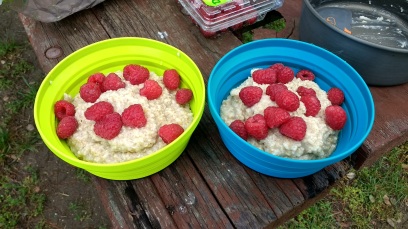 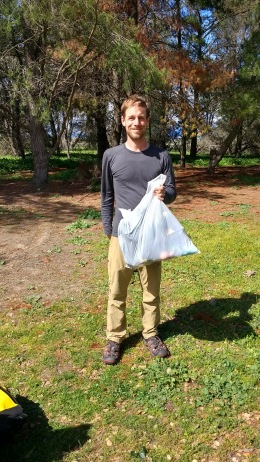 Shipping it back! Nearly 9 lbs. 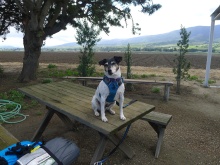 What? I’m not supposed to be up here?

Pedaling through the rain 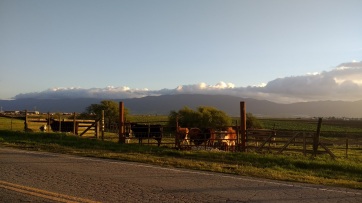 Monte in the hotel

Due to bridge failure, the route through Big Sur is closed. We were first alerted of this a week into our trip, but the failure occurred less than a week before we left. Pretty much everyone who stopped to talk to us leading up to the detour also told us about this. It started to get annoying.

The detour itself was also quite annoying. One tourist we met at Morro Bay had done it going the other way and pointed us to the link for directions on Adventure Cycling Association’s website. They were only for North to South, since apparently only crazy people like us ride north. Also, there were none of the other features that the map provides, namely places to stay and get supplies. Lastly, it seemed to assume you could easily bike 60-70 miles in a day. We cannot.

On the first day we backtracked a little to catch the 46 to Paso Robles. An old man out for a day ride gave us some insight into what was in store: 5 miles of ascent and then mostly downhill. Later another cyclist said we were headed for a nearly 1600 foot peak, our highest yet. We did it. I had the trailer. I might have been able to hike faster, but we did it, and it was kind of fun.

Our destination, or so I thought, was a campgournd named RV Ranch and Campground. Though, campground it is not. When I couldn’t find more information I had a feeling that maybe we should just stay in town and get a motel. I should have listened to that little voice that we all claim to have ignored when something goes wrong, and we ended up being turned away and biking an extra hour, partially in the dark on the 101 freeway back to the Motel 6. Once we got there it was nice to have a warm room to dry our stuff out and take long hot showers and do laundry. It’s like we should have planned on it – oops, my bad.

Next was Lake Nacimiento, which was very nice, but the campgound was up and over a big, steep hill a mile past the entrance. Also, they hadn’t really figured out what to do with bike campers, and a woman tried to charge us $54, $27 for each “vehicle.” We met a nice couple from Toronto who was biking on their 2-week vacation. We met some cool folks from Pacifica who invited us to their trailer for BBQ. Even Monte got a whole cup of cut up chicken.

Our next day was supposed to be 52 miles or so to King City up and down some hills in an area with no services. We needed an alternative, so we went to Google Maps and found a route that was mostly down hill. We stopped in a town, Los Altos, with one gas station and one restaurant, and oddly we met another bike tourist who was going the other direction. We felt validated, and it was easy riding except for the incredibly bumpy roads.

The rest of the route pretty much sucked. A lot of headwinds. Not much to see. Nowhere to stay. We were longing for the coast after pedaling for over 7 hours (that’s actually pedaling not just start to finish time) to go about 58 miles through the very windy (headwinds of course) central valley to an airport Motel 6 in Salinas with only a Jack-in-the-Box and a Denny’s next to it (dinner and then breakfast – yum!).

As we hit the top of a hill near Marina, CA and the Monterey Bay came into view, I yelled, “Ocean!” like I was spotting a rescue ship from a deserted island. After stopping at REI to get a few things we were back on the map. We were greeted by a glorious bike path along the dunes and into Monterey, which we agreed was the best urban bike path we had been on. Then, we were punished for our indulgence with a 400 ft climb to our campground. But, we were back on the route and glad. Next stop, Monterey Bay Aquarium!